Coach Markos founded Team 304 in the Summer of 2020 and has coached 2 seasons with the team. He is also a basketball scout and contributor at Elite 304 Hoops and Prep Hoops WV.

In 2019, Coach Markos coached his first season of girl’s basketball at East Richland (OH) Christian High School. He helped lead the program to a stellar 13-7 record, a #1 seed, and to the semi-finals of their state-wide playoffs (ICSO).

He may help out with our middle school team this season. As Covid has shut down a high school team of either gender at the school (Subject to change).

In 2018-2019 he was the Head Freshman and Varsity Assistant Basketball Coach at a Triple AAA School in West Virginia.

Coach Markos for a short stint was the head men’s basketball coach, and SID at a small NAIA and USCAA school; Barber Scotia College in the Charlotte, NC area. Markos took the program over and built an NCAA Division II caliber/talent-wise squad, a highly competitive schedule and built an extremely competent staff.

Prior to that, Coach Markos (2016-2018 Seasons), has been the Head Freshman Coach and the Varsity Assistant Boys Basketball Coach at Kipp Academy in Nashville, TN. While being the freshman head coach he had an astonishing 22-4 record. As the varsity assistant coach at Kipp Academy, Markos helped to lead the team to its first wins in the playoffs in their schools history (season 2017-2018). He tutored and helped develop 2 future NAIA college basketball student athletes Eric Adams (Tennessee Wesleyan) and Micheal Neal (Ohio Christian University).

Along with coaching at Kipp Academy, Markos was also the head coach of a 9th Grade/15-U team for Under Armour sponsored AAU teams (Team Tae/NYBA). During this time Markos coached with a retired NBA player Dontae’ Jones in Nashville, TN. With the two working together they were able to win Multiple AAU Tournament championships with their respective teams in 2 successful seasons. They were able to finish the season ranked fifth. Coach Markos also coached and tutored Kobe Brents (A repeat all-state player from Kentucky), who went on to represent the United States, and his home state of Kentucky in the Down Under Sports competition abroad in Australia.

During the 2015-16 Season, Markos was an Assistant Men’s basketball Coach at Bluefield State College. He oversaw 2015-16 ECAC Freshman of the Year Chas Harvey and NCAA DII All-American Mark Durgan.

Prior to that, he was an Assistant Men’s basketball Coach at Ohio University-Eastern for 1 season, and led the team to a 18-9 record, and a Semi-Finals berth of the Ohio Regional Campus Conference Tournament. 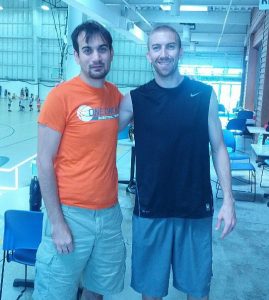 Markos’s coaching experiences consist of him coaching at many clinics and camps. Some of the camps that he has worked and coached at include:

Markos also ran and managed many afterschool programs for his students through 1on1 Basketball in the Washington D.C. area for 2 years, and is still affiliated with the national organization.

Coach Remi (as his players affectionally call him) earned a B.A. degree in Communication and Journalism in 2012 from Fairmont State University (WV) where he was a four-year letter winner, and standout in cross-county and basketball at the NCAA DII Institution.

During his freshman year in college, Markos was a standout guard/SF at WV Northern Community College. The JUCO experience helped teach him adversity which shaped the rest of his playing and coaching career. He started the majority of the season, averaging 14.8 pts, 7.3 rebs, 5 asts for the year. Markos led the team to a berth in the National Club (FedEx Ground Hoops Challenge) Tournament hosted at Ohio State University where his team was a runner-up in the finals of the esteemed tournament! 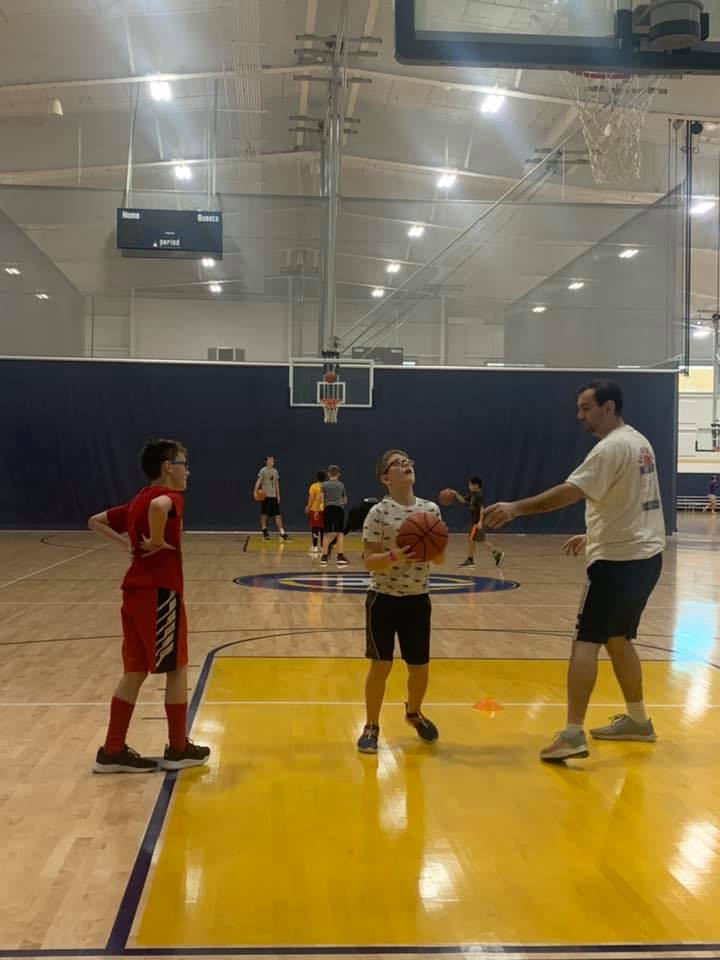 Team 304 (The premier AAU Basketball program) in the Wheeling WV area, is looking for a Head Middle school boys Coach, and potentially assistant High school girls basketball coach to assist the existing Coaching and Admin staff for the Spring/Summer 2022 Season....

Team 304 tryouts will be held on March 13th (Boys) & March 15th (Girls) at the Finnegan Fieldhouse on the campus of Franciscan University in Steubenville, OH. There will be tryouts for both middle school and high school boys and girls AAU travel teams. 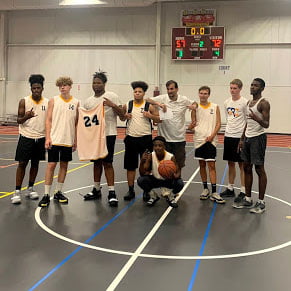